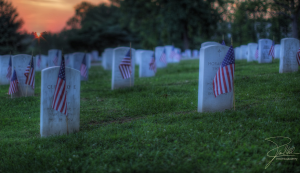 Announcement time at church. There was a reminder about the hiking club outing, a request for sign-ups to bring a salad or cake for the parish picnic on June 9, and a woman who said she had become a great-grandmother once in January and twice in April.

An older man dressed neatly in a coat and tie took the microphone. “I want to remember friends who never came back,” he began.

The rustling of papers and quiet conversations ceased.

— I remember George Monroe who died in the invasion of Saipan. He was a lieutenant in the Marines. He had a contract to play baseball with the Boston Braves but he never returned.

— And my friend Rocky Rogers. He had been captain of the swim team at Amherst. He was shot down over the Channel.

— These are the friends I want to remember on this day of days, Memorial Day.

Because the George’s and Rocky’s who never came back are remembered by fine men like Herb, men with big hearts and long memories, we remember the meaning of Memorial Day.

One response to “Memorial Day: A Friend Never Forgets”