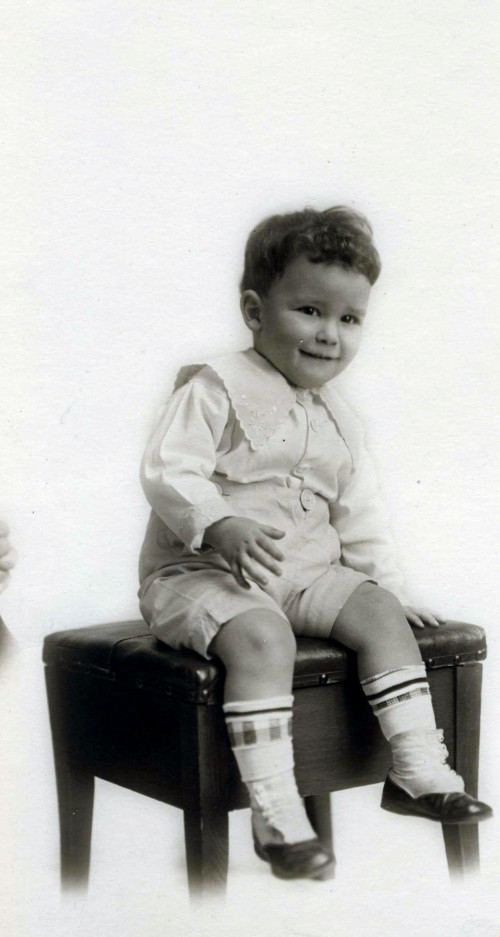 Dad used to think short pants were the ultimate indignity

This morning my Dad has his fifth outpatient visit with a speech therapist since his small stroke three weeks ago.  Lynn asked him how he felt about continuing.  Did he feel that he would benefit from more sessions?  Did he want to continue?

Dad answered her question with his own, “What is the expected outcome?”

She told him that he had improved a lot since she began working with him, but that he wasn’t quite where she thought he might be at this point, and that he might benefit from some additional sessions.

He repeated, “What is the expected outcome?”

A light bulb seemed to go off for Lynn and she said, “Here, let me show you.”  She wrote on the page of Dad’s workbook: 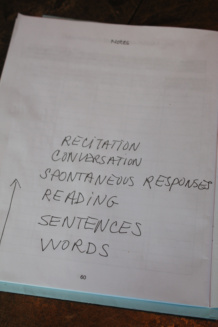 “We started out practicing saying words slowly and exaggeratedly.  Then we moved on to sentences and reading out loud.  Today we’ve been working on making sure that your responses to questions can be understood.  Next is conversation, and finally comes recitation.”

In showing Dad the ladder he’s climbing, she helped him to feel that he can improve, and, maybe, re-establish some control over a difficult situation.

I appreciated the dignity with which she treated him.  She seemed to recognize that, to my Dad, quality of life has a great deal to do with being able to summon up and recite passages from his beloved poems and plays.

But I also realized that she was giving him was a way of measuring progress, of validating for himself that he was improving.  It’s like having a personal trainer comment that you can now perform an exercise (or number of repetitions) that would have defeated you when you first began.

What she was giving Dad wasn’t hope, exactly, nor was she just cajoling him to be optimistic.  With her clinical skills, she was giving him a path for improving, and he could see that he had already come part of the way.

More importantly, she was helping to keep my Dad’s world from shrinking even further.  He can no longer drive, and he has difficulty following and retaining ideas the way one must to tackle full-length books.  He can’t hear in situations with more than a few people present, even though he’s a very social person.

But he’s still him, and he wants to be part of the conversation.  He wants to be able to share a story, or make a witty remark, or discuss the state of world affairs, or express appreciation.  All of these depend on being understandable.

I’m grateful that Lynn of Sutter VNA is helping him to retain his fundamental “Henry-ness.”