Is there value in prolonging life after 80? 90? 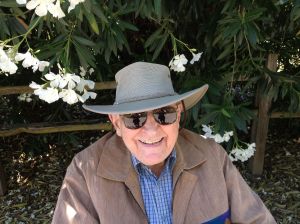 The title of this post is provocative, but so is this use of the politicized phrase “death panel” by Joe Klein in his June 11 Time feature article, “How to Die”: “My parents died serenely, with dignity. When you are a death panel — when the time and manner of their passing is at least partly in your hands — that is the very best you can hope for.”

Mr. Klein’s story — which encompassed his parents’ relationship, their struggles with very old age, his Dad’s tendency to act “as if old age were a reversible condition,” and finally his experience with Geisinger’s candid communications style and evidence-based approach to medical care — was truly moving. I recognized in his account the emotional tug-of-war that goes with being the caregiver who has the day-to-day responsibility of interpreting a parent’s end-of-life wishes.

The Time feature (click to see a video with the author here) and another article in the New York Times’ “New Old Age” blog has pushed to the front of my mind this question: will I send my Dad to the E.R. again?

Klein describes how his 91-year-old mother’s trips to the emergency room were becoming more frequent. When he was traveling out of state, he got a call that she was in the hospital, had pneumonia and wasn’t eating. He was told that she would die unless they put in a feeding tube. Although he knew she specifically didn’t want a feeding tube, he authorized it so that she might have the chance to recover. He later came to believe that he made a mistake in that decision and that “there are better ways to handle the end-game.”

The New York Times blog article, “At the End, a Rush to the E.R.,” by Paula Span, comments on a study just published in Health Affairs and calls the E.R. “a conveyer belt to hospitalization.” The analysis of the medical records of 4,158 people over 65 who died over a 14 year period revealed that 75% had visited an emergency room in their final six months and 68% of those died in the hospital.

In January, my 95-year-old Dad had a seizure-like episode while we were out walking.  I didn’t panic, but my heart was racing and I had to decide what to do almost instantly. (I blogged about my internal crisis last month.) Fearing that he was having a stroke, I immediately called 9-1-1 and first responders arrived minutes later. Dad quickly stabilized, so much so that the paramedic asked me if I wanted him to go to the hospital in the ambulance — or not. I know that t-PA, the drug used to break up clots associated with strokes (thus preventing many of a stroke’s worst effects), has to be administered within three hours of the event, so I opted for the ambulance run to the hospital.

After a long day of waiting on an uncomfortable ER “bed”, they weren’t able to figure out what caused Dad’s symptoms. He was admitted for observation and spent two nights. They did a bunch of tests (blood, X-ray, CT, MRI, ultrasound, echocardiogram, and even a nuclear medicine stress test) and concluded that he did not have a stroke, and that his heart is actually in very good shape except for the old damage from his original heart attack.

Although he had no procedures, the tests and just being in the hospital were very uncomfortable for him. Holding still during an MRI was excruciating. He was exhausted after his discharge.

But now we have information we didn’t before. He doesn’t have major blockages in his heart or his carotid arteries. His congestive heart failure — a condition he’s had for at least 10 years — will continue to be treated with medication.

So under what circumstances would I send my Dad to the hospital in an ambulance again?

My big concern is that Dad not be in acute pain or discomfort. If he falls and hurts himself, I won’t be strong enough to help him, and he could be in a lot of pain. So I would authorize the ambulance run, but I’d lobby like hell to get him out as soon as possible. If he has significant chest pain, I will also call 9-1-1. I stopped by an estate sale earlier today and talked with the son-in-law of a neighbor who passed away in December; his Dad went to the hospital after not being able to defecate for several weeks. I’d send Dad to the hospital under the same circumstances. If he was very ill and I thought he could recover with IV antibiotics — Dad’s still got the biceps of a 40 year old — I’d probably authorize a short hospital stay. But I will say “no” to anything but the most benign diagnostic tests; we’re done with long diagnostic procedures. And I’d say no to ventilation, feeding tubes and the like. But any time I say “yes” to the hospital, I know I’m taking a risk that he could decline and die there. He doesn’t want that, and neither do I.

Although I love “The New Old Age” blog, another recent post pissed me off. “Among the Very Ill, Confusion about Life’s End” describes how annoying geriatricians find it that older Americans are unwilling to plan for the end of life. Seems that a study of people who met hospice criteria (expected to die within six months, although many live longer) most often answered “I don’t know” to a question about what they expected the course of their final illness to be (answer choices: suddenly, within a day or two of a health crisis, after a prolonged illness or “I don’t know”).

The article noted, “Each individual had a terminal disease with a somewhat predictable trajectory, though precise prognoses are always difficult.”

That’s what pissed me off… because with a few exceptions (mostly cancer), death isn’t very predictable. I’ve seen the data at hospice conferences. And in my experience doctors really don’t like to be asked to estimate how long someone might have.

Dad ought to have been eligible for hospice care, oh, about seven years ago. The cardiovascular surgeon who performed Dad’s third open heart bypass surgery in 1999 expected Dad would have five good years before his heart finally gave out. I’d have Dad in a hospice program in a skinny minute if someone could tell me that he is likely to only have six months to live. My mother was given an estimate of 4-6 weeks after being diagnosed with terminal lung cancer in January of 1999. I fought with the hospitalist to bring her home to die, despite his telling me, “It’d be kinder for all parties concerned if she just winked out here in the hospital.” She died on May 10, at sunset, with my Dad holding her hand, thanks to great hospice care that kept her mostly comfortable to the very end.

Putting a value on the end of life

Mr. Klein noted that his mother had a heart valve operation when she was 80 for a heart murmur that was getting worse. He went on to explain how much it cost.

My father would have died without that last open heart surgery in 1999, when he was 82. I’m sure it cost a lot, too. But in the 13 years since then, some very important things have happened.

He has spent many hours with me reviewing his life and some of the things that have caused him the greatest pain – especially his father’s lack of interest and involvement, and the death of my sister due to leukemia at age four. He’s also had a chance to tell lots of stories about things he’s proud of, moments he relishes. I know him in a way that wouldn’t have been possible while my Mother was still alive. He has given so much love and acceptance to my three brothers and me in these intervening years.

Though I am all for improving care coordination and undoing the perverse incentives of Medicare fee-for-service, I hope we never discount the value of having the time and health to come to terms with the approach of death.

My Dad feels ready to go, and I am ready to say goodbye when the time is right. And in the meantime I will do everything in my power to keep him happy and comfortable, which (unfortunately) may mean at least one more run to the hospital before he can be enrolled in a hospice program.