My Father Was Never “In The Military” 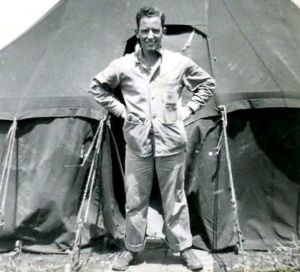 My Dad had a few quirks. One of them was correcting anyone who thanked him for serving “in the military.” Once, he explained why, in a recorded conversation:

“I’m not a member of the military. I was never in the military. I did have 22 years in the Marine Corps. Most people think of military service as kind of a rote performance. You marched and you stood and you saluted — nothing that required any brain work. People who think of soldiers as robots show a remarkable failure to appreciate what military service is about.  Your orientation, your commitment, your camaraderie, your identification, go with your fellow Marines, the group you fight with. Brothers. CLOSER than brothers.”

To all who serve and served in the Armed Forces, men and women, thank you for your dedication. Shout out to my godson, Alex W., and to the family veterans, my brother Bruce (U.S. Navy), my brother Scott (U.S. Army), and my niece Sandy (U.S. Air Force).