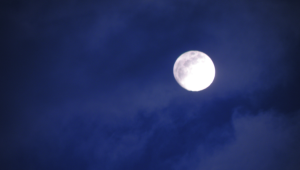 The night is over but the morning hasn’t arrived. I can tell because the roosters are crowing. If it was 2 a.m. or even 3, there’d be no sound. At that hour, the cars have stopped whizzing down the nearby arterial, and the wild chickens haven’t started up. At that hour, it’s as if even the second hand stops its advance.

How do I know this? Because I often wake up. I read that my segmented sleep was once normal, when, before electricity, people went to bed not long after dark and got up during the night to think, write or even visit friends.

I used to argue with myself about whatever was on my mind, harrangued myself “go the f*** to sleep.” Then I played yogi and tried to think relaxing thoughts — which may be part of the problem, since a yogi would know you can’t “do” relaxation.

But now I just listen. First I listen for the cars and chickens, so that I know what time it is. Then I listen to my husband breathe. A few weeks ago, he sounded like a slide whistle, starting on a higher pitch and sliding a few notes lower. Every so often, he changed keys. It may sound annoying but it wasn’t. I was smiling, next to him, almost giggling. I picked up my iphone, recorded his little symphony and thought about posting it on my social media. I thought the better of that idea — his revenge might be too sweet since I’m the snorer — but in the morning I played it back for him and we laughed about it.

Most nights, my husband’s breathing is heavy and regular. Listening to him breathe, I stop worrying about sleep, about the approaching day, about all the problems I can’t fix. His breath surrounds me.

3 responses to “The Moment Between”