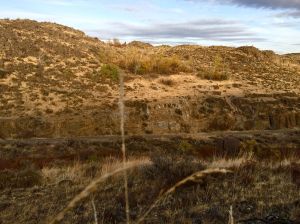 This afternoon, as the sun started to dip behind the hills, I laid on my belly and pretended to sight a 22 across Cowiche Canyon. As my father had done. He described going up up the narrow canyon with his big brother and his “running mates” where they had devised a contest. One point for every rock marmot they killed on the far side. I know how politically incorrect that sounds now, but back in the day — the day being 1925 or so — it seemed like good fun. The sport, and the skill that derived from it, had a lot to do with my father surviving World War II. But that’s a story for another time.

This afternoon, I wanted to see the canyon for myself. So I climbed up a hill and laid on my belly — not soft, loose dirt as I’d imagined, but unforgiving black basalt poking up between the sage brush and tawny grass. My father must have been wary of rattle snakes as he settled down and took aim.

This is your country, I thought to myself, the landscape that shaped you.

He would have put the sun at his back, as I did. Across the canyon, a couple of hundred feet away, the sun would have shone a spotlight on his targets.

Maybe he would have glanced at his companions before taking aim. Smirked. He knew he wouldn’t miss.

Editor’s note: Part of Cowiche Canyon is now under a conservancy — no more marmot hunting, but a great resource for the people of Yakima County and beyond. 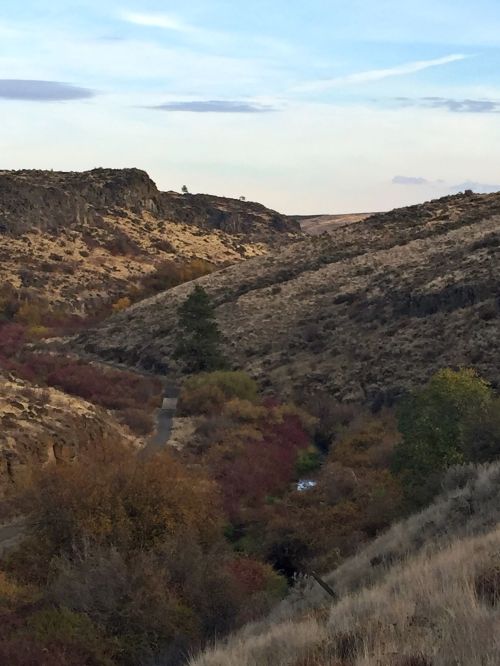